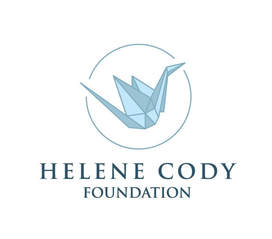 Helene selflessly gave her time and energy to any community service project that came her way. She led by example with a positive attitude and enthusiastically helped others through Girl Scouts, Church Youth Group, and many charity runs. Helene's lovable and upbeat personality, coupled with her sense of humor made her a friend to all. She bridged people together by seeking similarities and overlooking differences. She is loved, missed, and remembered by her family, her friends, her teammates, the Cranbury community, and all who were lucky enough to be a part of her life. The Helene Cody Foundation carries on Helene's legacy by presenting volunteer opportunities and resources to young people so they can improve their community and become better leaders, communicators, and problem-solvers along the way.

Projects and Scholarships Supported by the Helene Cody Foundation 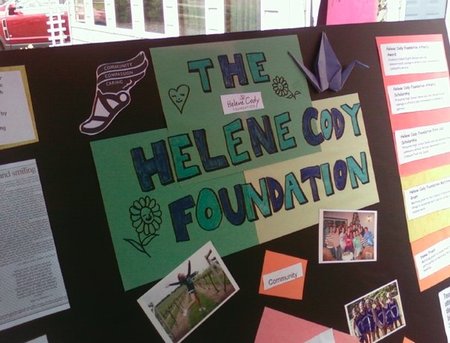 ​Helene Cody Scholars
A community service opportunity for high school students looking to make a difference in the local community.

Helene Cody Memorial Cadet Scholarship
A $1000 college scholarship to a Princeton High School senior who has shown outstanding service as part of the Cranbury EMS Squad. Previous recipients include Rosa Vuojolainen (2009), Virginia Rogers (2011), Ryan Hafner (2012), Jared Lipschutz (2013), Kate Sohn (2014), Kyle Currier (2015), and Isabelle Sohn (2016).
​
Matching Grants to Youth Groups
The fundraising efforts from the youth group at the First Presbyterian Church in Cranbury have been matched by the Helene Cody Foundation up to $1000 for their Mission Trips to:
Youth Community Service Projects
The Helene Cody Foundation has financially supported several community service projects initiated by local youth including:
Local Community Service Projects
The Helene Cody Foundation has:
Partnership with HomeFront
HomeFront is an organization fighting homelessness in central New Jersey. Many of the projects supported by the Helene Cody Foundation benefit the homeless and recently homeless families staying at HomeFront.

Fulfilling Christmas Wishes
The Giving Tree is an annual event where sponsors are matched with a child in need and are able to grant the child's Christmas wish by purchasing a gift for him or her. The Helene Cody Foundation has partnered with Charmed by Claire (2009-2014) and Zenergy Wellness Center & Little Owl Enrichment Center (2015) to display a Giving Tree in the shop so customers have the opportunity to select a tag, purchase a gift, and return it to the store so it can be delivered to HomeFront. Volunteers from the Helene Cody Foundation select the remaining tags and purchase gifts for those children in need. With the help of volunteers, we were able to fulfill the wishes of 25-100 of the most vulnerable clients at HomeFront each year from 2009-2015.

Parties for the Clients and Their Children
Volunteers from the Helene Cody Foundation hosted parties for the children at the HomeFront Family Preservation Center (2009-2015). These ranged from birthday parties celebrating the children in the center with a birthday that month to winter parties where we decorated gingerbread houses with the children to "activity day" parties with arts and crafts. We brought anywhere between 5 and 15 volunteers, and spent 2-3 hours playing games and entertaining the children. This project brings together a diverse group of people and strengthens the sense of community across socioeconomic classes in Central New Jersey.

Financial Sponsorship
The Helene Cody Foundation has annually donated $2000-$5000 for the children at HomeFront to be able to attend summer camps (2010-2015).